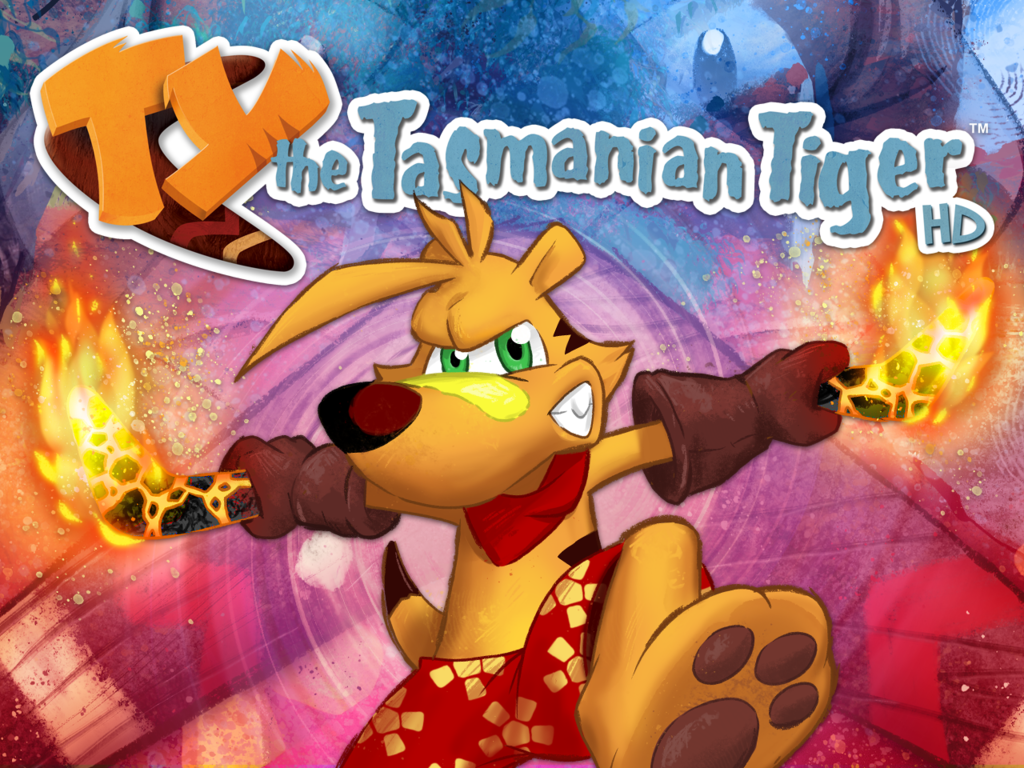 A charming platformer - Explore the wilds of Australia with our favorite mate, TY the Tasmanian Tiger, updated for the Nintendo Switch™ , Sony PlayStation 4 and Microsoft Xbox One. The Nintendo Switch version is live on the Nintendo eShop! The PlayStation 4 version is live on the PlayStation Store! The Xbox One version is currently early-October. Follow along on our Kickstarter Updates for the latest news. (https://www.kickstarter.com/projects/2031740950/ty-console/posts) Packages typically ship from the US on Mondays and Thursdays. Prices are in USD. Digital goods are delivered after a person locks your order. We keep AEST Australia hours. Thanks for your support!

Latest Updates from Our Project:

It's getting SO close! The game passed its first certification check this week! What's next? We're looking into fixing a couple of small items that were raised, and then, we're submitting for final cert this week! It's not long now . . .

Proof that they're done! This flaming mob will be heading out to their new homes soon. A big shoutout to our Fluffy and Boss Cass tier Kickstarter Backers who helped us get the TY1HD game remastered for consoles this year!

Extra Merch - It's TYme To Go

Since we're at the tail end of the 2019 Kickstarter Campaign, it's time for the extra TY the Tasmanian Tiger goodies to go. Produced in limited quantities for the Kickstarter, we won't be making them again. Bloody oath, up to 60% off! https://ty-console.backerkit.com/hosted_preorders

You beauties! Today marks one year since the TY the Tasmanian Tiger HD Kickstarter campaign was funded. Give yourselves a pat on the back for your support! We couldn't have brought these remasters to market without you. You've helped heaps of TY fans around the world and frankly, us too! Thank you for your support, especially those who had never backed a Kickstarter before, you Legends!

A Year of Stats

Hey Fluffy tier backers! The statuettes are completed and are shipping out via DHL shortly! Ownage, the creators, is awaiting the special packing and shipping materials. Your TY Flamerang statuettes are done!

Boss Cass tier backers, we've asked Ownage to hold on to your TY Flamerang statuettes until your YOU! statuettes are done, and to ship them out together.  The 3D models are complete on those and they are being 3D printed.

Steve Stamatiadis continues to work on this latest creation, and on this latest page we can see Sly in action. All Kickstarter backers will be receiving links to download their digital copies when the comic is completed.

What Was It Like When You Hit "Launch" On The Project?

For months we had been preparing, and hinting at the Kickstarter, and when it came time to click "Launch", we were full of nerves! In fact, we huddled together for that moment. It was thrilling, nerve-wracking, and exciting. The core team didn't sleep much that first night. We kept getting up to check in on the project launch.

How Has Putting Your Project Into The World Changed Things For You?

It's been amazing. To connect with all of you, our backers, has been a joy. To be able to run ads and get the word out has been a huge plus. To read the lovely comments about how much TY meant to players when they were children, has been wonderful.

What Are You Working On Right Now?

Of course, submitting the Xbox One version is the priority! We're also working on Monster Dash, and there are some early plots and schemes being hatched for a future project that might be of some interest to you all... Other than that, with the TY1HD project wrapping up, we're cutting the cost of the remaining extra merchandise, and planning a survey to get your thoughts and feedback on the Kickstarter.

Here, today is also Father's Day in Australia, and we reckon Lochlan and Lottie have a pretty awesome dad! Our love to all you dads out there reading this. Hope you all enjoy the special family portrait at the top of the post.

The XB1 version is finishing testing, and it looks like we'll be submitting to the first stage of Microsoft approval next week.

Yes, we'll have a date for the release soon. It's looking like early-October!

Until then, here is the list of countries that the TY1HD Xbox One version will be released to:

Countries in bold are new countries for the TY the Tasmanian Tiger HD release. Have mates living over there? Please, share the good news!

Looking to save? Our pre-order store will continue to sell discounted pre-order keys until near launch. https://ty-console.backerkit.com/hosted_preorders

The XB1 version of TY the Tasmanian Tiger HD is nearly through its first certification pre-check and its full functionality testing pass. We're preparing to submit code, and everything else related to publishing a game, to Microsoft for approvals! We'll have an official date soon, and are probably a month-ish away from launch.

Are you someone who is just finding out about the TY the Tasmanian Tiger remaster? Discounted pre-order keys for the XB1 version will remain available until close to launch. You'll find them, along with the last remaining Kickstarter goodies, here: https://ty-console.backerkit.com/hosted_preorders

Looking to add another 1000 points to your Gamerscore? Here is the full list of the Achievements you can unlock, and their Gamerscore points. Be sure to subscribe to Cheevo Guides for their upcoming walkthroughs for all the XB1 version's Achievements.

Get Ready, Steady... the TY the Tasmanian Tiger HD XB1 version will have Leaderboards. How will your best time compare?Those who got the PS4 keys early enjoyed totally owning the leaderboards before the official release!

Xbox One Version Going Into Testing

The final bits and bobs for the Leaderboards and Achievements are wrapping up and it's looking like the game will go into our testing phase next week!

We'll be doing two types of testing. One is a full gameplay test, and the other is to specifically check the game against the Xbox requirements, like system specific messages and other test case requirements Microsoft has outlined.

After that comes the submission to Microsoft for their review. We'll keep you posted!

Here's a sneak peak at some of the Achievements you can earn in the upcoming Xbox One version.

We're finishing up the last details on the custom statuettes for the "Boss Cass' World Domination Plan" Kickstarter backers. Their YOU! drawings are being turned into statuettes to go along with the TY Flamerang statuettes, which are all getting painted still. Thank you again, backers!!